From Stone Tablets to Satellites

A book about the insurance industry's continual awkward (yet intimate) relationship with technology. 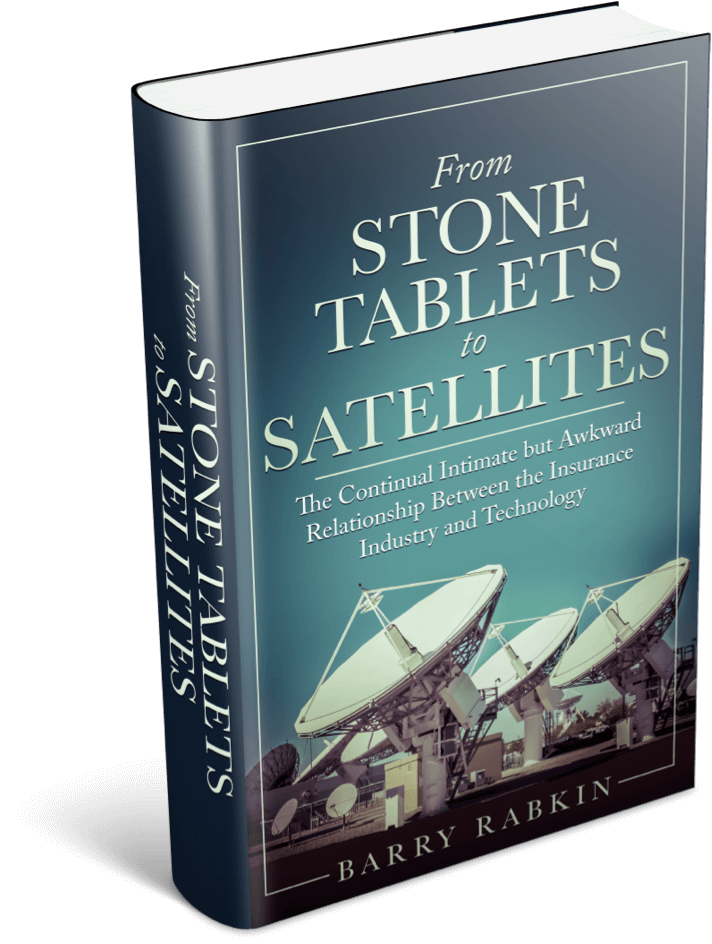 Available In Your Preferred Format! 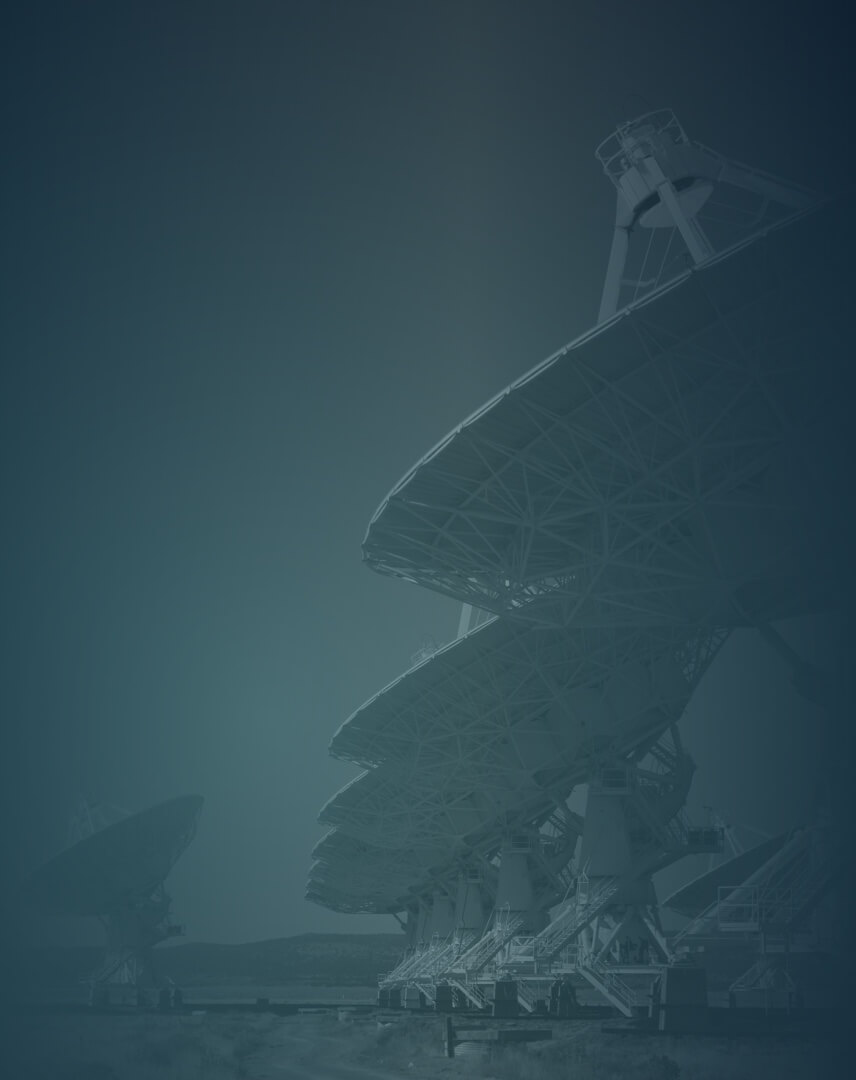 Stone Tablets to Satellites is about the insurance industry and its uncomfortable and mostly awkward relationship with technological change. Insurance has always relied on technology. Rather than fully adopt new technologies, the industry tends to prefer to patch and maintain the old technology and force it to work with new things only when necessary.

Barry Rabkin paints a picture of what it could look like as the insurance universe works to improve its intimacy with technology.

Here are highlights from each section of the book.

This section includes four chapters that encompass discussions of the shifting conduct of commerce; the nature of the intimate but awkward relationships between the P&C insurance industry and technology; technology being the DNA of society; and of the five technology eras that society and the insurance industry have experienced.

This final section includes three chapters which encompass a discussion of the forces that shape the success of insurance initiatives, a discussion of a P&C carrier roadmap, and a discussion that focuses on insurance firms need to keep the intimacy while losing the awkwardness.

After reading this book you will be conviced that...

The insurance industry relies on technology and should embrace that reliance. Technological change has always been a part of the insurance landscape.

Don't take our word for it! Although the book isn't out yet, it has already recieved praise and recognition from those in the industry.

Barry Rabkin's "Stone Tablets to Satellites" is an absolute must read for P&C insurance professionals, technology companies and experts who aim to support or provide solutions ...

This book dismantles the belief that insurance is boring. Barry weaves historical references to an in-depth discussion on the structures, business models, processes, and ...

Barry Rabkin's entire career has prepared him to write this book. He provides an insightful and well-articulated journey for both the insurance veteran and the novice, (the) ...

I think Barry has taken an innovative look at the insurance industry and the title sums up the relationship the industry has with technology. It was interesting that he pointed out ...

In a world dominated by subject matter experts like Wikipedia and InformationWeek, it is refreshing to find a classic and professional chronicler plying his trade. Barry ...

Did you enjoy the book? Help us get the word out and share your experience on Amazon. 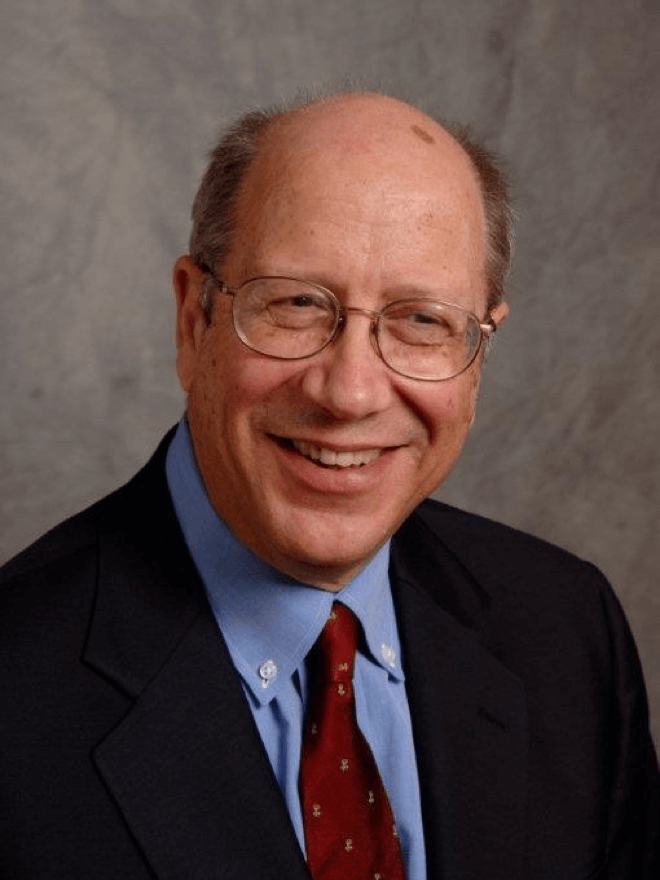 Barry Rabkin's forty-plus year insurance career has been driven by curiosity and passion to analyze the “why and what” about technology's potential impact on the insurance industry. He worked for and consulted to insurers as well as having launched and led insurance industry analyst practices at The Meta Group, IDC, and Omdia.

His research encompasses customer experience, marketing and distribution, channel management, mobility, geospatial, and IoT. He has delivered scores of presentations globally to insurance and technology audiences concerning the role technology should play in the industry to get and keep customers.

Interviews with the Author

Hungry for more info? Learn more about the book and author with these exclusive interviews!

From Stone Tablets to Satellites

A book about the insurance industry's continual awkward (yet intimate) relationship with technology.

Available In Your
Preferred Format!

Barry Rabkin's "Stone Tablets to Satellites" is an absolute must read for P&C insurance professionals, technology companies and experts who aim to support or provide solutions to Property & Casualty insurance carriers. Insurance is one of the most mature industries in the world. We all know the universe of insurance commerce has been becoming more digital for decades. Mr. Rabkin brings his 40 years of insurance industry experience and expertly dives deeply into this shift in insurance commerce from face-to-face interaction to augmented/virtual reality. He educates, outlines and brilliantly identifies challenges and solutions for all of us who work in this highly developed industry to consider and think about. Insurance is not a commodity nor is it Netflix or Amazon and Mr. Rabkin masterfully shapes the reasons why this is so.

If you are an insurance producer, corporate executive, chief claims officer, chief underwriter, claims manager, chief actuary, sales or marketing leader, claim representative, investigator or adjuster and even an agent in this wonderful business of insurance you need to study this book—it will help make you better at your job, expand your understanding of this industry and will assist you in positioning your company to serve your valuable customers now and in the future—for without them we are nothing. If you are a technology professional (inside or out of an insurer), this book will aid you in supporting and guiding insurance incumbents and new insurance carriers along the path of serving their customers and protecting customer risks in more and better ways and to be able help them position their company to do it now and forever. Finally, if you just love P&C insurance and want to have success in this industry, I recommend you read this book more than once!

This book dismantles the belief that insurance is boring. Barry weaves historical references to an in-depth discussion on the structures, business models, processes, and opportunities in the insurance industry - just enough that you don't get sidetracked, but enough to realize that the business of insurance is foundational and sustainable, transforming as needed through time. Barry communicates the everlasting truths of the business, chief of which is that this is a customer-centric business.

Digital technologies continue to mature as the eras of technology (well described in the book) continue to unfold. There is no way to avoid such unfolding. The insurance business strategist is advised to be part of the unfolding, but always keeping in mind the everlasting truths of insurance.

Barry Rabkin's entire career has prepared him to write this book. He provides an insightful and well-articulated journey for both the insurance veteran and the novice, (the) lessons apply equally, as they envision how to deliver long term value to the modern customer and a continuous path-to-profit to the insurer while navigating a fast-evolving risk landscape. A "how to" must read for anyone exploring (or contemplating) a transformation of the insurance industry

I think Barry has taken an innovative look at the insurance industry and the title sums up the relationship the industry has with technology. It was interesting that he pointed out how many carriers still employ the use of mainframes.

I have been in the business since 1977 and he is correct in pointing out that carriers, and to a lesser degree agencies, have been slow to adopt new technologies but it has gotten better. His estimate at the end of the book (10 to 15 years) is probably not too far off.

Barry suggests on several occasions that insurance is not a commodity, which echoes what Bill Wilson and others have been saying for decades. I know it is probably beyond the scope of the book but how do we as an industry address the policyholder education issue? The industry advertises "price, price, price" but in fact there are differences in coverages (no commodity). Like I learned a long time ago, you get what you pay for. Here's an illustration of this idea.

If you want to take your spouse out to a nice dinner to celebrate a birthday or anniversary, you can go to a fancy restaurant or a fast food establishment. Both options will "feed" you but the fast food restaurant will cost much less. However, the quality will be much less (hopefully) with the second alternative.

This same concept applies to insurance policies as well. You can save money but are you getting the type of policy you need? Perhaps there is technology that can help individuals and businesses determine what they need without talking to a qualified agent but if there is, I haven't heard of it. I use the term "qualified" to mean someone who knows what he or she is doing. Unfortunately, there is a population of producers who could use some additional training on what is or what is not covered by insurance policies.

In a world dominated by subject matter experts like Wikipedia and InformationWeek, it is refreshing to find a classic and professional chronicler plying his trade. Barry Rabkin's passion and a deep-seated understanding of the infrastructure and dynamics of the tangible and intangible components of the insurance consortia are well documented. His appreciation of the industry's clients (past, present and likely future) are on full display in "Stone Tablets to Satellites" as he undertakes a journey befitting his robust and analytical career.

Beginning with a recognition that sounds eerily like my early dating experience, chronicler Rabkin delves into the ongoing conundrum of "intimacy and awkwardness." Unlike my dating, Barry is focused on an industry confronted by the realities presented by technology and its interactions with the many constituencies which comprise the insurance universe. Perhaps at its core, Barry exposes the simple and coincidentally confusing idiosyncrasies that human nature presents to what is essentially a financial transaction from the perspective of many sub cultures in the insurance consortia.

With that foundation in place, a bounty of business models are explored which provide a lens for Barry's deconstruction of strategies and tactics which are currently employed by that insurance universe. A refraining theme appears in the distance...the awkwardness with which the industry's sub cultures live and interact in an ever changing "ecosystem." Compounding the challenge presented, emerging technologies which sweep through the entire ecosystem confront all entities within it... no exclusions. Embracing the ever-changing technological elements and marrying them to the similarly changing infrastructure and soft elements of that universe is not in Barry's view a linear or easily extrapolated proposition.

Finally, Barry's journey takes the reader to a place where the real work begins...a framework upon which to begin the construct of a future state that enables the realization of a relationship that exudes simplicity and satisfaction for all parties juxtaposed to its underlying complexity. A "pipe dream?" Barry Rabkin thinks not. Simple to achieve? No. Conceivable? Yes. Attainable? Depends, or as Barry exudes, the "art of the possible" across a panoply of industry sub cultures.

In closing, Barry's message... "keep the intimacy, lose the awkwardness" does conjure memories of a famous line from "The Godfather" but it seriously notes (as Barry states) a very aspirational goal which in his view is both a noble and practical pursuit for those who share Barry's so well-informed views.

Not for the casual reader, "From Stone Tablets to Satellites" is an insightful read for those of us whose passion was and is the noble pursuit of this industry's best future.